EDI for metals suppliers: “Connecting suppliers to MCB is win-win”

Daniël van Tongeren is responsible for EDI communications with suppliers at MCB, and sees a lot of advantages for both parties. 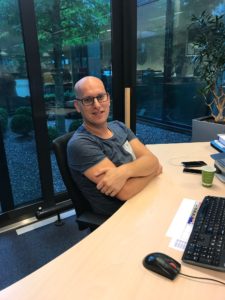 “It is my job to coordinate MCB’s EDI connections with suppliers. At the moment, about 20% of all inbound shipments are bought through EDI. And of course not all is perfect, but it is a lot more perfect than in the past.” Daniël van Tongeren is responsible for EDI communications with suppliers at MCB, and sees a lot of advantages for both parties: “We now have much less data errors than before, mostly product numbers containing typing errors because of their length and complexity. And now we also have more supplier information: package contents, pure weight data etcetera. We all receive it automatically now.”

How does the EDI connection of a metals supplier work?

“The EDI connection process starts at MCB’s purchase manager, who contacts a supplier to investigate interest and possibilities regarding EDI. When these are positive, we plan a call together with our broker Quyntess to discuss requirements. We have explicitly chosen standard messages, because they are common in the international market and easy to translate.”

“When all agree on the procedure, Quyntess will make a technical connection with the supplier. MCB will then send a first test order with EDI, of which Quyntess will make a mapping based on the requirements of the supplier. When the mapping is correct, the supplier will develop the order on their side and send a first order response message. Quyntess will make a mapping of this message based on the requirements of MCB, and will forward the message to me. I will then run tests to see if the required information is present, and as wanted. When the first tests seem OK, we will run some additional tests on variants, because we buy various products at a supplier of course. And when the ‘go’ is called we can go live.”

“The first messages we send are order, order confirmation and ‘dispatch advice’: what is being delivered by the transporter, as on the pack form of the truck driver. When we notice something strange, someone –depending on the problem- will look into it. But usually the deviations are the same as in the past: price or missing order line number. All process statuses are set automatically in the system, in the past we had to do this by hand.”

“The most important advantages of EDI are efficiency, speed and the reduction of errors. One disadvantage is that the dispatch advice of Western European suppliers is now sent only hours before delivery. More precise, but with less room to act.”

How many metals suppliers have you already connected through EDI?

“We have mostly connected larger suppliers like ArcelorMittal, Aperam, Salzgitter, ThyssenKrupp and Outokumpu up till now. And mostly for their standard products, not yet the tailor made supplies. In a next phase we will also want to integrate by EDI with smaller suppliers and processing companies. In the end, not all of our supplies will be bought through EDI. We are now working towards 35%, our end goals is 60%.”

“It’s a lot of work for me, especially because I am the only one coordinating the connection of suppliers by EDI. But each time I see the buying process working like clockwork at a supplier because of EDI, it gives a good feeling. I’m ready for the next one!”

Do you want to connect to MCB though EDI? Ask your contact person, or contact Daniel: daniel.van.tongeren@mcb.nl .