From Holophane to LED: “We help the environment, but also our employees”

- Home > News > From Holophane to LED: “We help the environment, but also our employees” 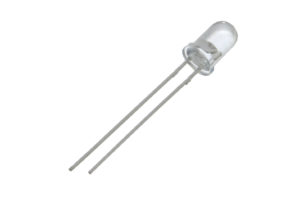 “With LED lighting we have a lot more light than before, with a lower energy consumption. Especially the operators at the machines must be able to read and program everything correctly. They can do their job better now. ”

Leo Bunck is, within MCB, responsible for CSR (Corporate Social Responsibility), and director of the ‘LED’ project. Thanks to this project, we are replacing the current lighting in the warehouses with LED lighting. “We have more than 100,000 m2 of floor surface. Because we run 24 hours a day in many departments, the lamps are mostly turned on. Originally we used Holophane lamps in the warehouse. These are the big inverted tanks with 450 watt lamps. These lamps cost a lot of energy, and they cannot be switched on and off quickly because they have to cool down. ”

How long does this LED project run?

“It is not really a project, but rather a trajectory. We started testing about four years ago. Our main concern was the lumens per watt: the more light per energy unit, the better. There were three suitable replacements for the Holophane: high-frequency TL, induction lamps and LED. ”

“We have set up all three types of tests, and LED proved to be the most suitable. Induction lamps are becoming increasingly difficult to obtain. High frequency TL was actually just as good as LED, but slightly more expensive. LED is also becoming increasingly popular and therefore cheaper. LED lamps work 50,000-70,000 hours, 10 times more hours than the Holophane. ”

How do you replace the lamps in the warehouses?

“The problem is that it is usually so busy that it is difficult to reach the lamps. Especially if you have to change a whole fixture. These lamps are usually just above the stock. Therefore we have decided only  to replace the lighting in a hall when it is empty. We are relocating stocks for the ‘hoogbouw’ warehouse, so that was working well for us.”

“We now have 15 halls with LED lighting. We still have 60 to do. We do not have a specific plan to replace everything before a certain date, but we do ensure that we have enough budget every year.”

“We have roof windows everywhere, especially in the summer there is enough light. In most halls we have therefore chosen for sensors, so that the LED light will dim when there is a lot of daylight. Some of the lights also have a motion sensor, but if people are between the positions, it does not always work well. ”

“CSR is in our genes, MCB has always been good for its employees. It is just in the nature of the company that we care about people and the environment. This makes LED lighting a logical step. “