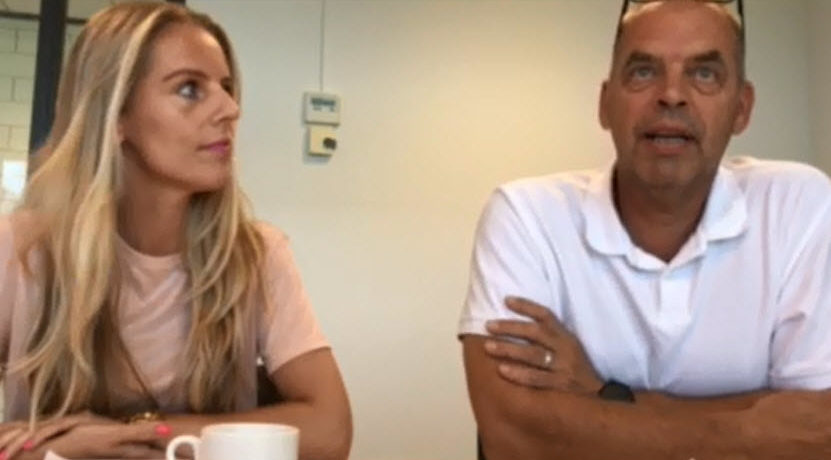 “As a former colleague, I know that MCB is a good supplier”

- Home > News > “As a former colleague, I know that MCB is a good supplier” 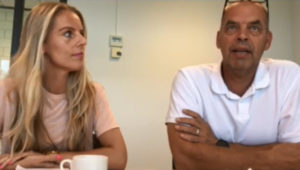 ‘’Before I started at Koridon, I was salesman at MCB. The founder of Koridon often told me he would love to work with MCB. But every time I asked, he told me the number of a competitor was at the top of his phone list. At some point, I stayed as long as necessary until MCB’s telephone number was at the top of his list. Then it started.’’

Rob Beltman is co-director at Koridon steel sheet processing company; he believes it is perfectly normal to purchase all his material at MCB . His colleague Kelly Lubbers agrees with him, she thinks it is very enjoyable to have a permanent contact at MCB. ‘’Whether you call MCB or enter a clothing store, it is always nice to have a familiar contact.’’

‘’We started 31 years ago, Ton Koridon and his father started in the famous ‘shed’ at his mother’s house. In those 31 years, Ton always wanted to be leading in technology, automation and product opportunities. I have been there next to him for the past 16 years.’’ Kelly started a little later at Koridon. ’’I started 11 years ago, I immediately had a good connection with Ton and Rob. The contact is very low-threshold and enjoyable. My personal development has grown a great deal because of the freedom and responsibilities I received. Lately I have been focusing mainly on Marketing & Commerce.’’

In addition, Koridon holds the latest techniques. Such as the most modern machines and the newest software. “We are currently working on developing software to calculate or build products even faster than before, specifically to increase the working speed and shorten the product lead time. This action is taken to be more transparent to customers about our cost building process, which is becoming more important for our customers.”

What is your specialty?

“In particular, we work for the mechanical engineering, especially high-quality machine building. Particularly for companies that focus mainly on quality. Mostly machines for the packaging industry as well as food, medical and hightech industries are all important customers. We have numerous long-term relationships with customers. Some have been placing orders since the beginning of our company.”

‘’A few years ago, we started KICK: the ‘Customer Information Centre Koridon’ (in English). I supposed if we outsource the business office, it will be too technical. At this time, our KICK is the beating heart of our organization: We receive questions, orders and urgent matters. Almost the full operation is happening in our KICK and the contacts are no longer going through me and Ton, according to Rob.

What is your relationship with MCB?

‘’Our relationship with MCB goes way back, almost 25 years. On the 1st of April 2001, I started at Koridon. Ton says it is the biggest joke until now, haha. MCB is our main supplier, 95% of all the material is from MCB. On the operational side, we cooperate with Jeroen Maas and Jos Extra. Your field sales employee Roland Sleegers visits our company once in a while, which is excellent. In the past, Roland was my internal service colleague. I still remember his extension number.’’

‘’MCB is honest, fast and problem solving, the broad assortment helps as well. Things they can improve? Halve their prices, haha. Furthermore, I cannot mention anything. We are discussing EDI, which seems very interesting to me.’’

‘’There is so much knowledge at MCB. A little time ago we followed a training session with Wonnie van Beek (MCB Netherlands); Basic metal course and for the experts some follow-up course.’’
“We are happy to continue our relationship with MCB. As long as the both of us develop positively, it will be all right.”