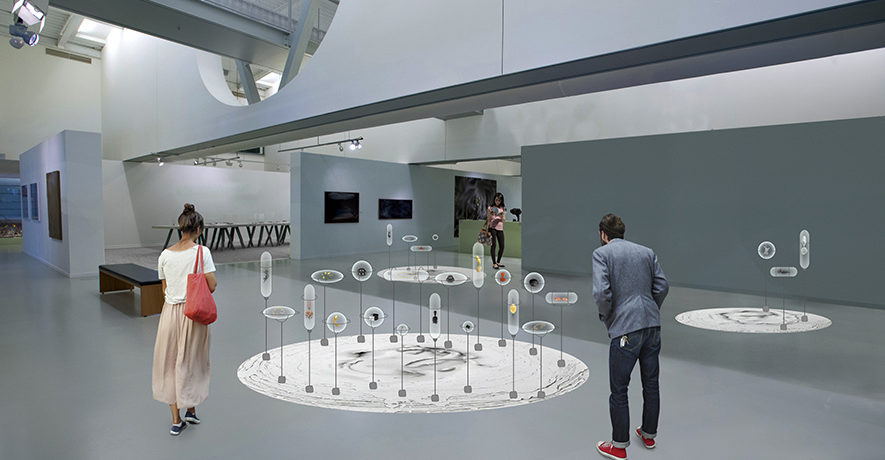 Art sponsorship: “Thanks to MCB, I can expose 44 years of work”

‘’I think a beautiful piece of jewelry should not only be shown on the body, but also on a display. That’s why I show 126 pieces of my jewelry on an exhibition for the entire world.’’ Ruudt Peters is a visual artist, and is sponsored by MCB in his world trip: “I am very happy that MCB  sponsors me, we use a lot of materials. Miraculously, everyone is very enthusiastic, so I feel very flattered and supported.’’

What exactly are you going to do?

I am an artist who creates large sculptures, but also jewellery. Not of the’ bling bling’ diamond jewellery, but art in the small front of the body. There will be a retrospective exhibition of 126 pieces which I have made over the past 44 years, and will be travelling around the world.

I had a glass bubble blown around each piece of jewelry, which we put together in steel frames on a stone block. These bubbles are filmed and that’s why you see a kind of bubbling spring on the ground. That refers to all my work, and as a visitor you can walk through it. With an app, you can use QR-codes on the bubbles to watch movies in which someone somewhere in the world tells something about my work.

Because I am well known abroad and have invested a lot of time in this project, it makes sense to show the project in the rest of the world as well. I have been a professor in Italy, so I know people there, but also in China. However, we start in Apeldoorn in the Coda museum, and then we go to Vicenza, Tallin and Hangzhou in China. We are also still trying to also exhibit in Barcelona, and perhaps there will be more locations. When the exhibition is there, people may think: “This is exciting, we want that too”. 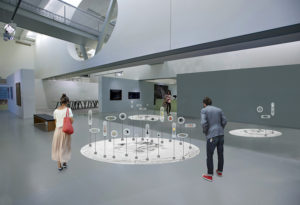 How will MCB help you?

”I received tubes, pipes and bar material from MCB, we are going to make holders for them in a stone block sponsored by a Belgian company. And the glass for the bubbles is again sponsored by a French company. Great to be helped this way.

Robbert Woning is going to make the construction for me, he is very skilled in inventing special things. Every time I think of a complex construction, he knows how to make it. Also in this project, although the film projections are going to be a big problem I presume. But there he is really a ‘Willie Wortel’ in there. He came up with the idea, for example, of projecting a film on a convex truck mirror, so it can be projected on a bigger scale.

It’s a terrible quest, where we find many small problems. And it’s great to solve problems with your materials.