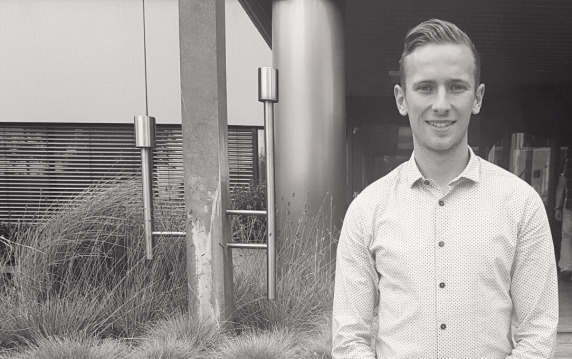 “My research immediately led to better relationships with stakeholders” 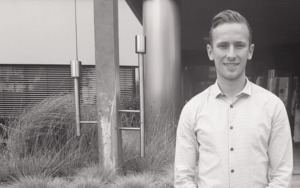 “I have carried out a ‘stakeholder analysis’ for MCB and, based this research, I gave an advice. MCB regularly receives reactions from parties other than customers and suppliers, such as external drivers, transporters or local residents. Usually positive but sometimes also critical. It is therefore becoming increasingly important in this transparent world to have a policy with it.”

Martijn Henst was an intern at MCB for the past six months and recently graduated from the Johan Cruyff Academy in Tilburg (a part of Fontys). For his graduation internship, Martijn conducted a survey for MCB about our ‘stakeholders’. But also because we want more insight into our stakeholders at MCB: “MCB says in its strategic plan that they want to be a good partner for parties other than customers and suppliers, so of course stakeholder management should be part of that.”

What exactly did you do during your graduation internship?

“First of all, I spoke to a number of stakeholder managers from practice. I also spoke with the author of the only Dutch book on stakeholder management, Paul Stamsnijder. His book was very valuable, but I missed a few subjects. For example, about how you should set up the dialogue with stakeholders, so I had to arrange that myself at MCB. I promised him that I would link back my experiences with that to him.”

“I have done research on the employees at MCB, especially to determine priorities. Based on this, I have built a so-called ‘interest matrix’ and linked it to a relevant model. From there my advice continued. And of course I also spoke with the stakeholders themselves: local authority, local residents, transporters, etc.”

What were the findings of your stakeholder analysis?

“In particular, I found out that a lot is happening with stakeholders at MCB, but I noticed that employees were not aware of this. My advice is to make the organization more aware of stakeholder management, so that they are aware of the importance of it and think about the dialogue. In this way, you create partnership and added value for stakeholders. And from these dialogues activities, such as meetings for important stakeholders, will come again.”

“I also recommend to organize stakeholder management decentrally. Nobody has better contact with stakeholders than the people in the department. I believe that a central role for a stakeholder manager does not add a thing, except raising awareness and activating dialogues. It is great that my research immediately led to new activities. My report is therefore also called ‘MCB started the dialogue’. ”

And how did you internship go?

“I found it remarkable that, as MCB is such a large organization, everyone wanted to help me tremendously well. MCB also really wants interns to learn something, via the e-campus for example.”

“The central workplace also works well. You can help each other. Especially in graduation projects, you need more independence than with other internships. I finally scored a nine for my report. I think that says enough! “