Sustainable employability: “Help only works for people who want to be helped”

- Home > News > Sustainable employability: “Help only works for people who want to be helped” 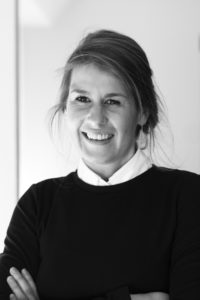 “The sustainable employability of our employees is becoming increasingly important, partly due to the aging of the workforce. But healthy living is also important for young people. ‘Project IK’ helps us with that. ”

HR colleague Janneke van Stekelenburg stood at the cradle of the IK project. This project is mainly aimed for the health of the employee: “Actually, it is not for health only. It is also about ‘personal leadership’ of the employee. They have to do it themselves. And that’s why we found ‘IK’ (it means I in Dutch) such a good name. ”

What is Project IK about?

“The project is built on three pillars: health/vitality, learning/development and safety. We have hung all activities underneath. The project is now also part of the introduction of new employees. We have shown that it is an important theme at MCB. ”

“Of course we already had a company doctor, an ergonomist et cetera, but we missed the ‘umbrella’. Together with our insurer, we have had a company scan done. There came a vision that we then translated back to the organization. In 2016 we started creating awareness, with an activity calendar, post-work sports activities, e-campus training and plenty of other things. Everything to keep the theme alive. ”

How does Project IK work so far?

“The project is running for a while now, but we are still not quite there. It is not enough for many target groups. For example, the employees of our back office are already very physically busy, so they do not see the benefits of the program. However, we carried out a ‘health check’, which showed that the BMI is still too high in the back office. That also has to do with lifestyle, so we also have to focus on that subject. Otherwise they will suffer later. ”

“Project IK is now also part of the ‘performance review’ at the employees. In the beginning, the managers found it difficult to discuss the subject casually, which could be patronizing. But now there are very positive things, because it is also custom work. Everybody is different.”

What does MCB do in the future with sustainable employability?

“The activity calendar continues, we want to keep the focus on it. Our biggest wish is that we can work with personal budgets, so that every employee gets an IK-jar. As an employee you can then spend your jar on a ‘stop smoking’ course,  a personal training or a membership of a football club for example. But this is just an idea so far. ”

“For now, the activity calendar will be continued, we want to keep the focus on it, and in January we will also start ‘fit in the night training’, because we hear that the night work can be hard. Especially good nutrition and good sleep rhythm are important. ”

“In short, MCB wants to facilitate. But the most important thing is that the desire for thing like these, comes from the employee (‘personal leadership’). Because if you do not support it yourself, you do not have to start it. “