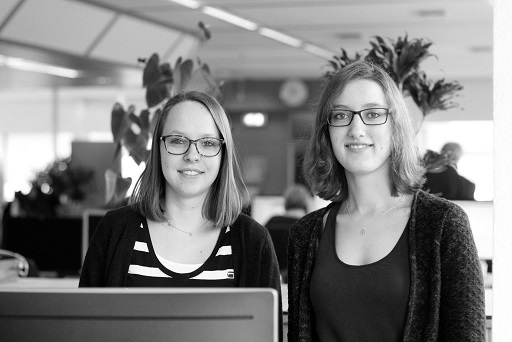 ”The internship at MCB was a good step forward “

- Home > News > ”The internship at MCB was a good step forward “ 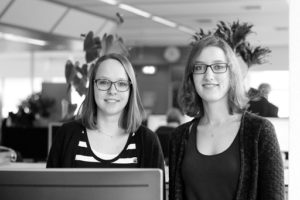 ‘’The internship at MCB was very nice, we learned a lot and the support was very good. Our supervisor at MCB was Arjan Manders, but also colleagues Rob Broerse and Maarten Scheffers helped us very well,” Carla Snoeren and Anoeska van Dijk have been in the financial department of MCB for the past few months, according to them with good guidance: “In fact, all the MCB employees we talked to wanted to help out, so it was all very nice”.

What have you done at MCB?

“We have reviewed risk management at MCB, especially in the financial field. In particular, we looked at the financial side of purchasing and sales, and identified the risks, such as the risk of non-payment by debtors. We have mainly looked at risks that block the processes, such as invoices that have not been properly booked or are not paid. We believe that everything that has a negative impact on external parties is risky, for example: suppliers.”

“We had a fixed workplace in the department, and we were part of the team in the front office. We were included in the group and got a lot of experience, especially during the day start at a white-board. We were allowed to stand there too, what was really interesting. So when colleagues talked about problems over lunch, we knew what they were talking about.”

And what was your recommendation?

“Our conclusion was that there is still room for improvement in the area of risk management at MCB, but this will be achieved within the current processes. MCB goes from good to better to best, so no hope is lost, ‘ha-ha’. We study Business Economics at the Avans in Den Bosch. Well, yes actually studied, we both graduated. We have completed our graduation internship with a seven (B/B-)”.

“We wanted to do something with process improvement in our internship, because we already did process improvement during our co-working internship. In addition, we wanted to learn more about financial processes on the floor, because it is expected that we will be of great benefit in the future: in practice, you simply need basic knowledge of debt management, credit management and controlling.”

So the internship has been a good step forward?

“What we learned at MCB was a very good basis for the future, we got almost everything that comes with finance. Our assignment had a lot to do with finance, we started by recording the processes of the financial departments. We talked to many employees, so in the first two months we learned a lot about how MCB works. We needed this knowledge to carry out the rest of the research.”

“Anoeska is now working for MCB; she is going to work on Accounts Receivable Management. I did not apply for the same job, so we did not have to compete with each other. This came out well, because the last few weeks a good cooperation was very important. The cooperation went very well, and that’s what a duo-internship is all about after all.”